Transgene overexpression and gene knock-down are valuable techniques in molecular cell biology research. In contrast to most common gene delivery techniques, lentiviral vectors allow targeting of almost any mammalian cell type, even non-dividing cells, and they stably integrate in the genome.

A new versatile set of 22 lentiviral Gateway Destination vectors with broad applicability in multiple research areas was developed by De Groote et al., 2016 (PMID: 27177818), and is now available via the BCCM/GeneCorner Plasmid Collection. 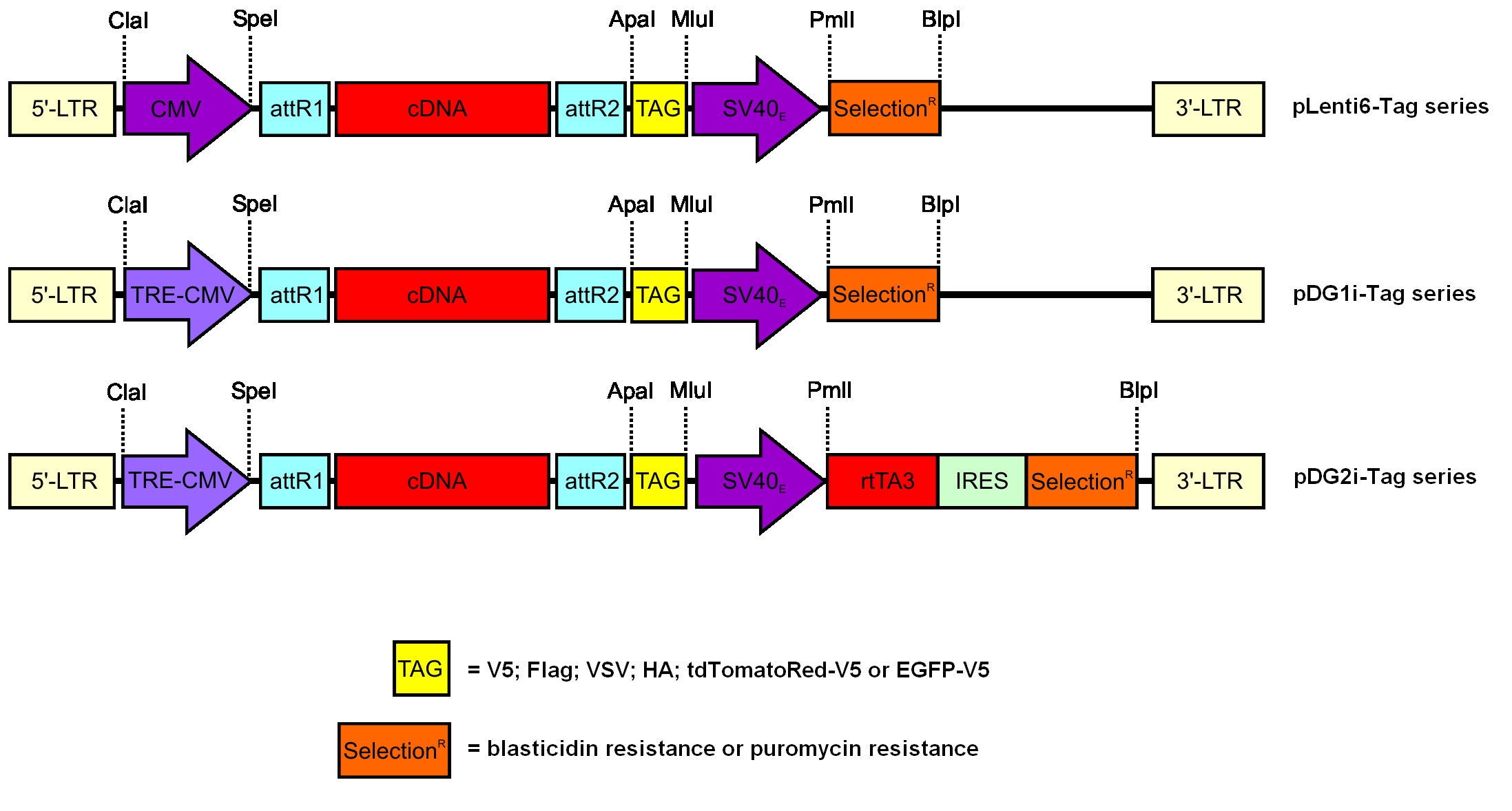 This lentiviral destination vector set provides a choice between constitutive and/or conditional expression of your gene of interest, and allows a choice of six different C-terminal tags. This makes it ideal for combination with the Gateway-compatible human ORFeome v8.1 library, which is also available at BCCM/GeneCorner. Furthermore, two compatible selectable markers enable the easy derivation of stable cell lines co-expressing differently tagged transgenes in a constitutive or inducible manner. 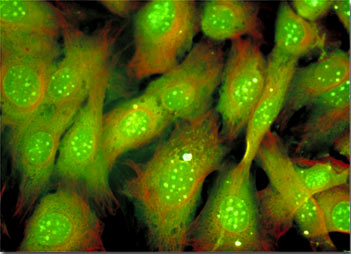 This new vector system allows a one-step generation of inducible cell-lines through the availability of destination vectors providing both the Tet-inducible promoter and the Tet-responsive transactivator on a single vector. Furthermore knock-down of genes using RNAi technology and transfer of microRNAs  can be obtained, both in vitro and in vivo, by the use of this vector platform.

The combinations that are made possible via this new vector set allow a plethora of experiments, studying the relation between two genes in almost any cell type.