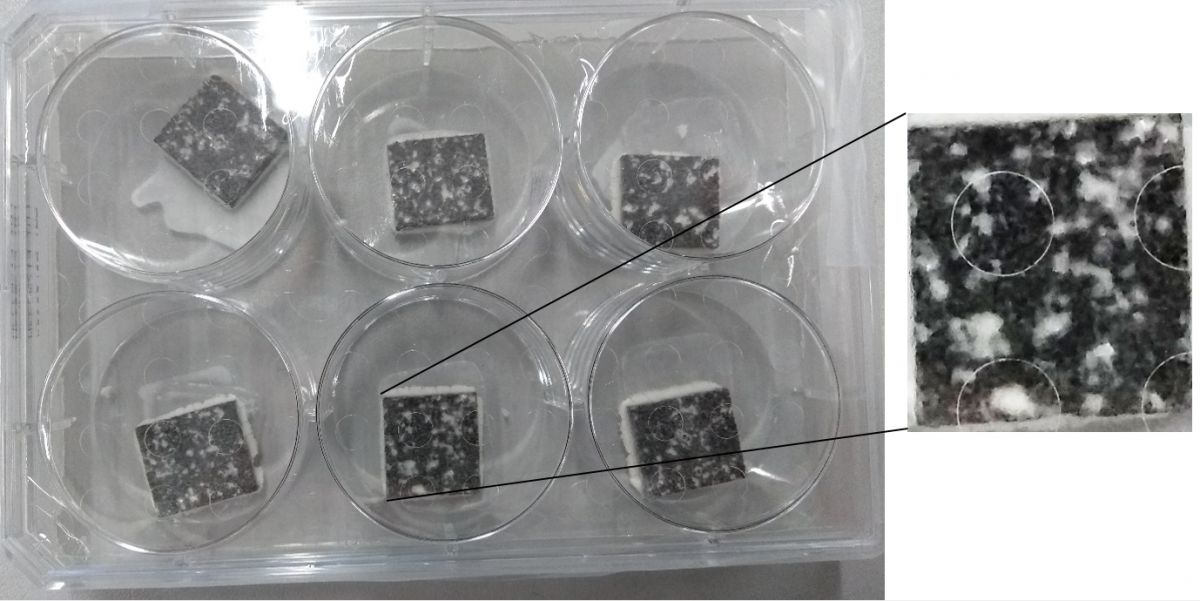 The use and usefulness of bacteria on Earth is vast and unquestionable. Likewise, these microorganisms can also assist in the operation of human outposts on other planetary surfaces like Mars. For instance, bacteria could be employed to recycle waste and generate food or oxygen in biological life support systems. In addition, they could be used to extract useful minerals from extraterrestrial rocks, thereby limiting the material volume to be transported. This approach, coined in situ Resource Utilization (ISRU), uses local resources to establish a presence and creating local self-sufficiency.

To study the extraction of useful elements from regolith, the European Space Agency (ESA) BioRock experiment was initiated, which is designed to test if Martian and micro-gravity affect microbial-induced rock alteration and induce alterations in biofilms formed by microbes associated with rocks. The microbes studied in the Biorock experiment are Sphingomonas desiccabilis (University of Edinburgh), Bacillus subtilis NCIB 3610 (German Aerospace Center (DLR) Cologne, Germany) and Cupriavidus metallidurans CH34 (deposited by SCK·CEN at BCCM/LMG: LMG 1195). Basalt has been selected as the rock substrate for the experiment, which is highly abundant on Earth as well as on the surface of Mars. The experimental setup requires that the bacteria are launched to the International Space Station (ISS) on basalt slides in a desiccated state and that the experiment will not become active until a liquid medium is injected into a chamber containing the bacteria-inoculated basalt slides. Specific for C. metallidurans LMG 1195, SCK·CEN has set up a service collaboration with BCCM/LMG to directly lyophilize cells onto the basalt slides.

C. metallidurans was cultured on solid Tryptone Soya Agar medium. When sufficiently grown, cells were harvested with a cotton swab and suspended in a lyoprotective solution. 30 ml bacterial suspension was transferred to a 90mm petri dish where basalt slides were submerged and gently shaken overnight. Basalt slides were transferred to a 6-well plate (1 slide/well). The plate was covered with a gas permeable seal and freeze-dried.

Where other dessication methods failed, the BCCM/LMG optimized freeze-drying procedure was successful and allowed at least 1 month storage at room temperature.

The first batch of 15 basalt slides was successfully launched to the ISS on July 26th 2019 at 12:01 AM CEST from NASA Kennedy Space Center at Cape Canaveral, with a SpaceX Falcon 9 carrier rocket. All freeze-dried C. metallidurans cultures on basalt slides showed viability upon rehydration in the ISS, 408 km above earth.